A Jurist for Nothing has been selected to participate in the MuVi International Award of the 67th International Short Film Festival Oberhausen, which will be screening from 1 to 4 May 2021.

Now approaching its twenty-seventh year, CUFF is officially the LONGEST RUNNING UNDERGROUND FILM FESTIVAL IN THE WORLD. The fest is an internationally recognized program that screens documentary, experimental, avant-garde and cult cinema, and showcases films that explore new approaches to established practices.

Festival World Premiere
A Jurist for Nothing
November 15, 9pm EST

video by Lana Z Caplan, sound by A.F. Jones
A Jurist for Nothing available from Gertrude Tapes 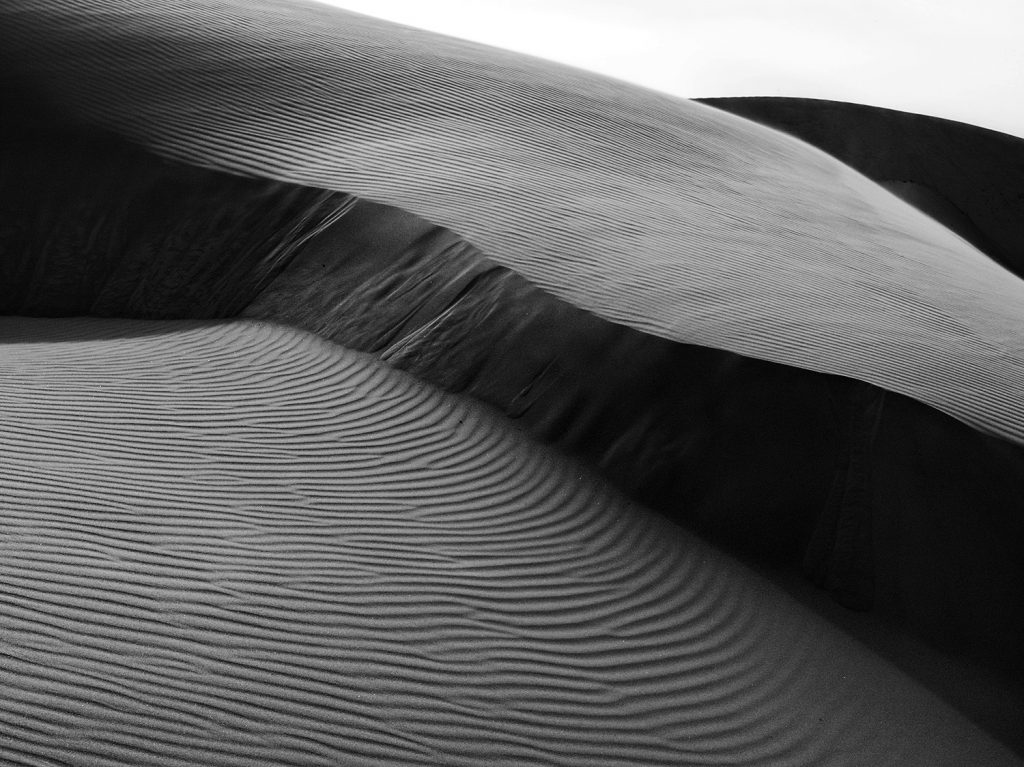 including new photographs from the series Shed on Passive Sands

Juried by Leonie Bradbury and presented in partnership with LuminArtz, works in the Video and Digital-Art section of the fair will be screened for drive-in viewing events.

About Unequal States
Stories of the continued struggle against oppression through movements, resistance, and solidarity are often documented and presented in many forms as acts of resistance themselves. In these stories, the notion of “inequality” draws together different worlds, cultures, and dimensions/scales (micro/macro). From animations to documentaries, these films shed light on the pervasiveness of this inequality on all fronts by exploring social, scientific, and political perspectives in our fight against racism, injustice, and inequality. 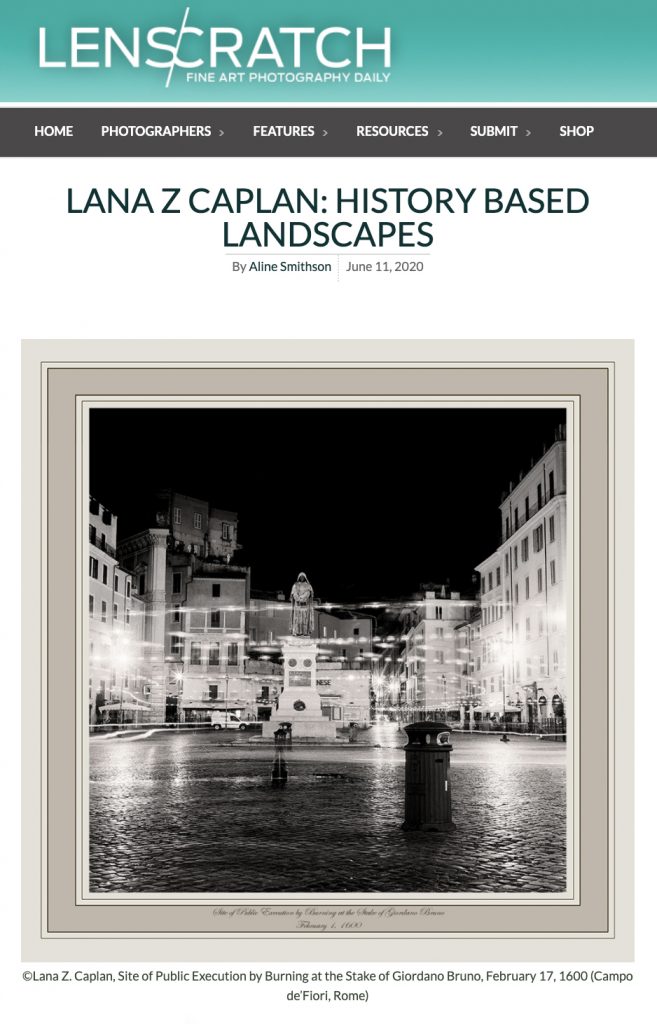 The photographic series Postcards from the Hanging: Sites of Public Execution was featured on the prominent Fine Art Photography Daily website Lenscratch.com.

“Trauma and horrific histories are held in landscapes in every corner of the globe. For the past twenty years photographer, filmmaker, and educator Lana Z Caplan has been documenting sites of public killings in her project, Postcards from the Hanging: Sites of Public Execution. She shares some stunning statistics in her statement, “The United States is one of only 20 countries in the world that continues to employ state sanctioned killing. In 2019 we ranked 6th in the world in the number of executions following (in order) China, Iran, Saudi Arabia, Iraq, Egypt (execution totals not known for Vietnam, North Korea, and Syria).”  Her thoughtful examination of why our country continues to allow the death penalty adds another layer to its history of pain and suffering.”  Lenscratch.com 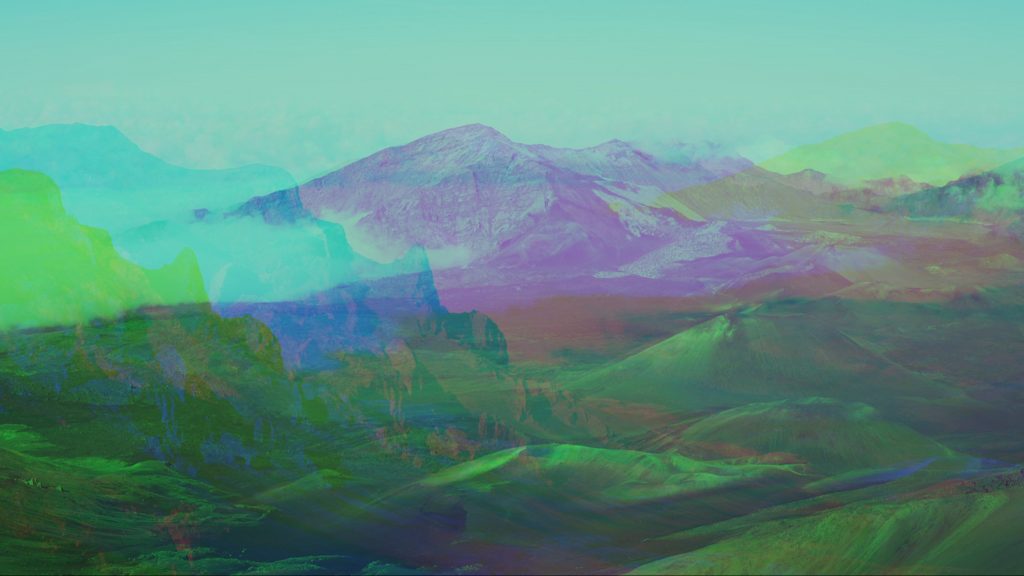 A platform for artists’ moving image.
Curated by Stefano Miraglia & guests.
Since 2016. 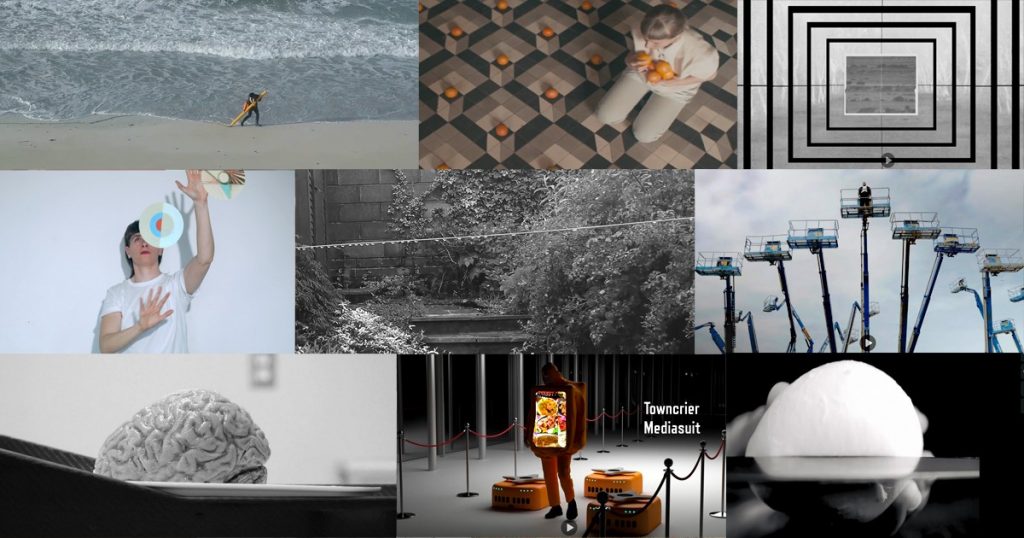 June 8 – 28, 2020
Watch Here
After the success of our recent collaboration with the Society of Scottish Artists at the Open SSA + VAS exhibition earlier this year, CutLog are delighted to offer our online audiences the opportunity to view a selection of these works through our upcoming online screening program.
Including Maelstroms by Lana Z Caplan. 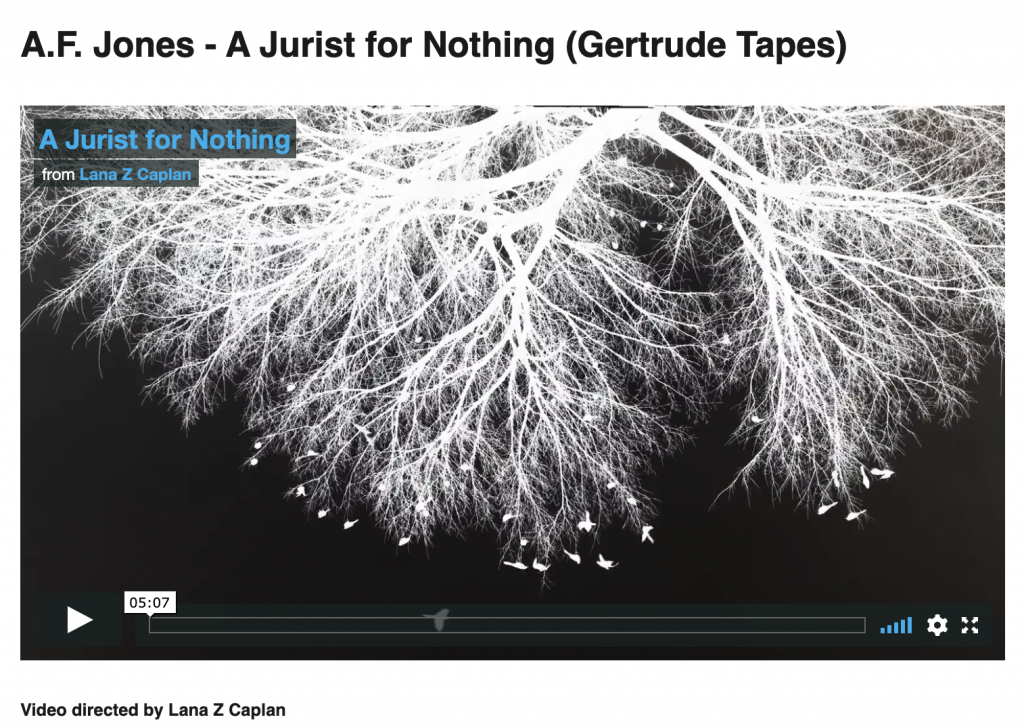 NEW VIDEO FOR A JURIST FOR NOTHING

A Jurist for Nothing is the new full length LP by A.F. Jones released on Gertrude Tapes

“During covid19 crisis (and even after), some films from our distribution catalogue are available to watch in their entirety. Enjoy, and stay safe ! www.cjcinema.org”

Cabin Fever Playlist as of April25-340pm

Including links to full length versions of 2 films:


20:40 min, 2017 (Meditative and Calming playlist)
Sound by Alan F. Jones and Lana Z Caplan
Rhythms of the mundane become a meditation on leisure, work, and time. As the visual cycle repeats – passengers load, unload, reload, boats arrive, depart, arrive – the reading of the Italian ferryboat schedule – town names, times, and departures – morphs from announcement to chant, boats transform, deconstruct, and twist into a mindscape, rendering the unseen, the errata, seen.

3:30, 2007 (Animals playlist)
Footage from the 1933 film “The Big Cage” stripped of sound and re-edited onto clear leader followed by the removed optical soundtrack, also affixed to clear leader. Each strip of sound acts as a character, mimicking the actions in the film. 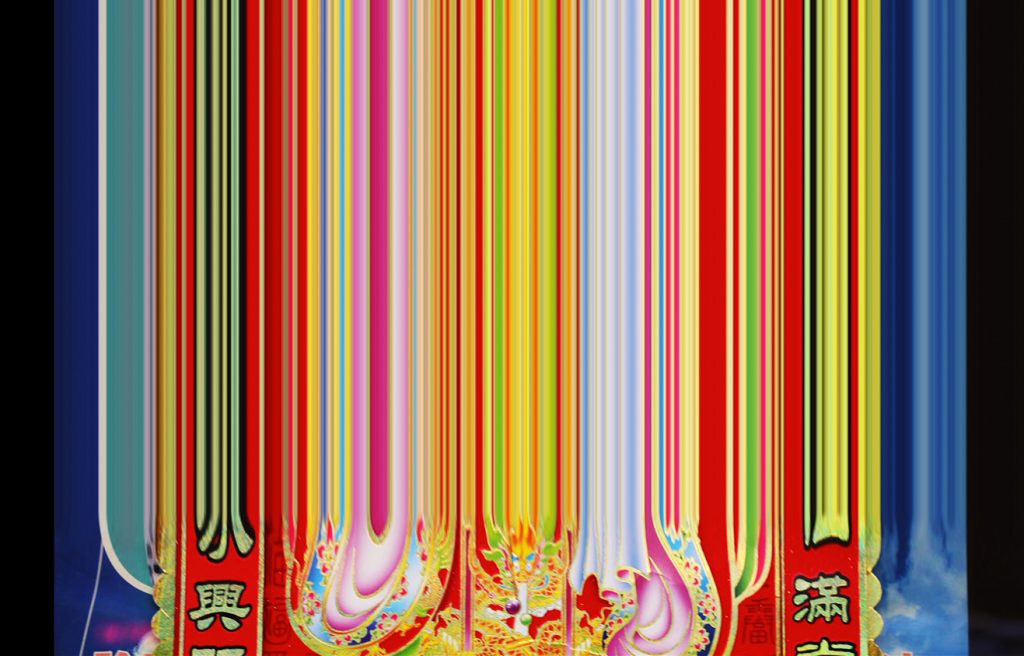 The Black Maria Virtual Film Festival in partnership with the Hoboken Historical Museum presents over 100 award-winning short films completely free of charge – no strings attached – for as long as the pandemic lasts.

ANOTHER EXPERIMENT BY WOMEN FILM FESTIVAL 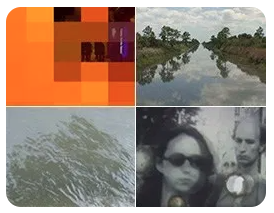 Show 20: Politcal Restings, TRT 25:34
including IN RUINS, WE REBUILD WITH MEMORIES BURIED IN THE FOUNDATION 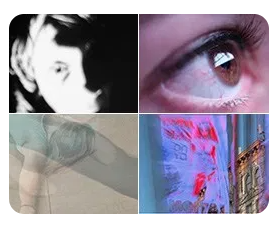 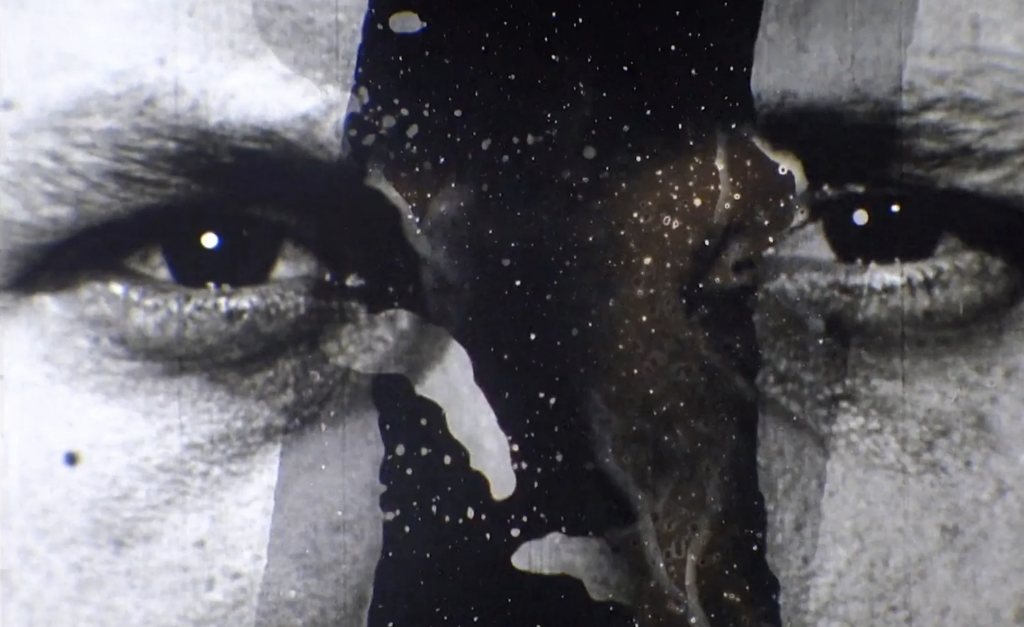 OVER AND OUT
THREE YEARS OF CINEMATIC RESISTANCE

Experimental Response Cinema presents OVER AND OUT, its third celebration of resistance to the policies of United States president #45! Cathartic as well as a call to action, this screening of short films will address the current political landscape in ways both playful and incisive. With it, we affirm creativity as a vital and needed clapback to lies, greed, bigotry and ignorance.

you’ll vote him OUT November 3rd…

Including Autopoiesis and Patches of Snow in July
Screening Sunday January 19, 2:45pm 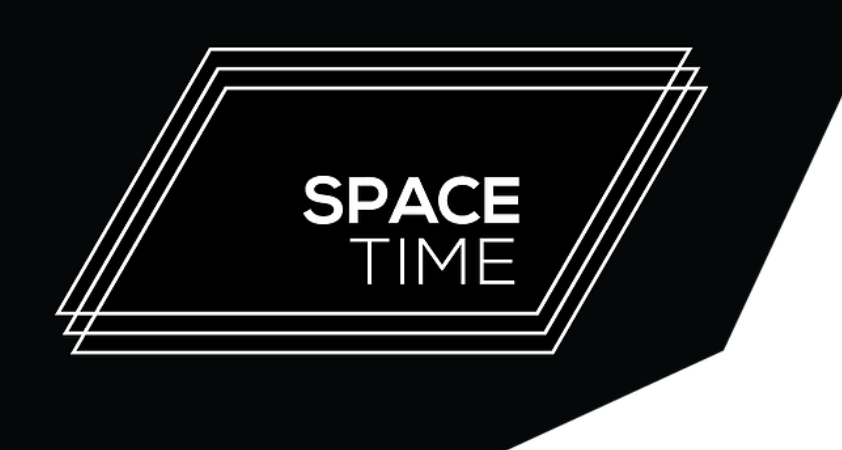 “For over 30 years, the Festival has been devoted to crossing the border between cinema and media art with an adventurous international programme comprising films, workshops, Expanded Media exhibition and performances for people of all ages. The Festival’s core are the international competitions for short film, Media in Space and Network Culture – flanked by a comprehensive programme. This year’s thematic focus is “Absence”. The Festival edition is located at the interface between a media-dominated society in all its facets and all of the things falling through or getting blurred by the grid of such a society: what is not said or depicted, the things pushed aside or rejected. We are longing for absence and its traces. Like a test strip, our Festival delves into the big house of absence – placing it at the macro focus.” https://filmwinter.de/en

OPEN SSA+VAS, is presented in partnership with Visual Arts Scotland and will be the largest exhibition of contemporary art and craft to be held in Scotland this year giving an audience of over 30,000 people the opportunity to discover and enjoy artworks across all mediums.

Lana Z Caplan’s Canaries in the Mine is included in the collection “Wake-up – Climate Change!”, part of The Wake up! Memorial project.

“NewMediaFest 2020 – an event structure to take place in an exchange between virtual and physical space – starting on 25 December 2019 in Ethiopia – running until 31 December 2020 – will honour and include all artists, curators and other cultural instances like festivals, museum , galleries etc which were collaborating with Agricola de Cologne during the past 20 years since 2000 – in the basic program online – there will be at least 12 physical venues- each month another one in another country presenting an individual Jubilee program – to be complemented by monthly features online in video, netart and soundart.” http://retro.newmediafest.org/ 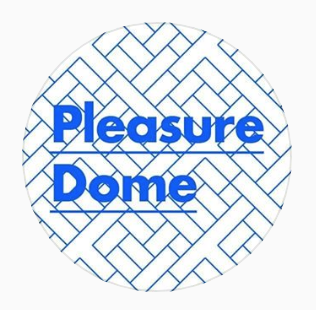 
Lost and Found in Late Capitalism 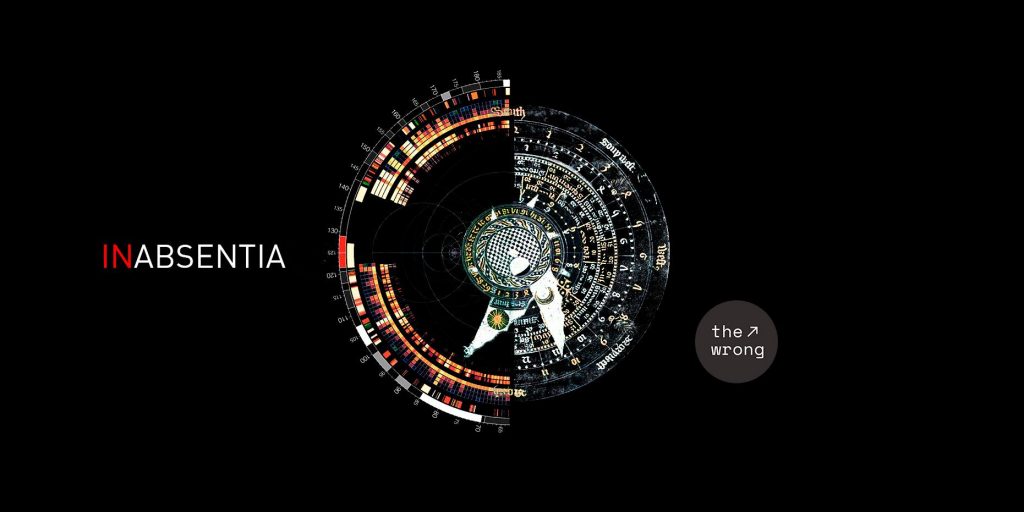 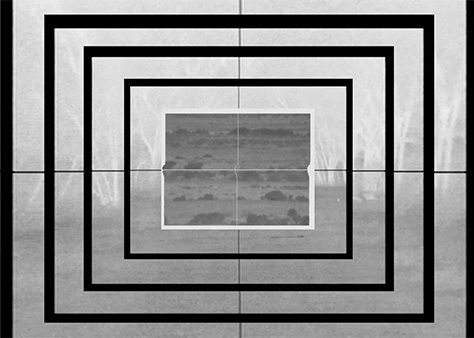 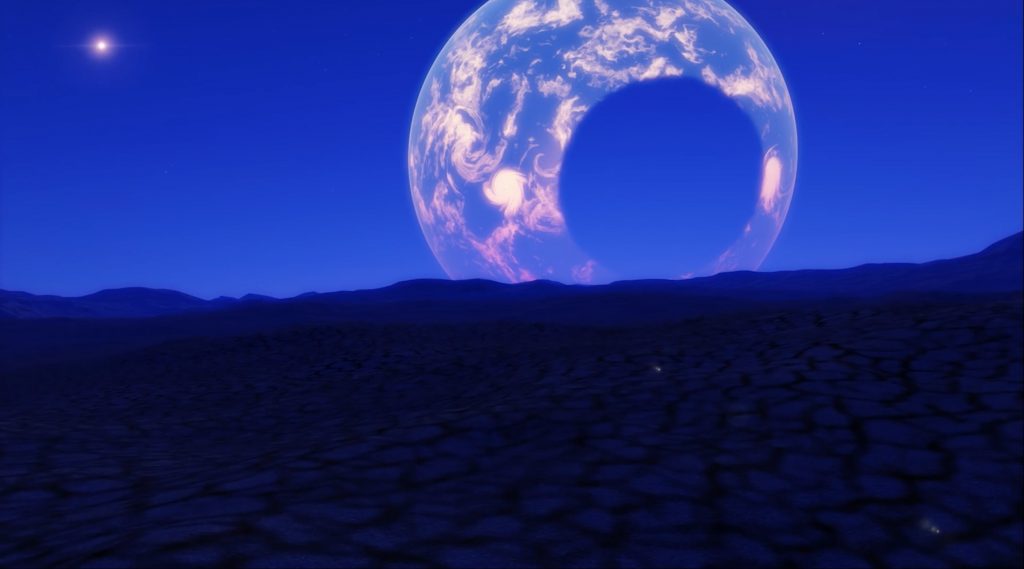 A Live A-V luv-fest fer sure, with distinctive, daring demonstrations of creative expression from four of Cali’s leading media-artists! Prodigal son Scott Stark proffers a para-cinema set featuring the premiere of CLYPPS and his in-house 35mm scope projector, while twinkling SLO satellite Lana Z Caplan orbits back with the NorCal launch of her 35mm piece Apollonian Light and her Autopoiesis short. SF stalwart Tommy Becker sets up screen-left with the debut of his Side Two of Tape Number One–music and poetry exploring our entangled relations with auto-mobile machines. AND here’s the unveiling of The Cube by ex-Austinite Bill Baird–musical performance-art inside a projection-mapped tent! PLUS a sprinkling of cine/sonic tricks by Ryan Worsley, Bruce Haack, Brett Ingram, et al. Dizzying documentation of Brown/Gruffat’s Unsettling Texas film–performance follows Russ Forster‘s theremin busking.

We are delighted to welcome multimedia artist Lana Z Caplan to present a Canyon Cinema Salon screening at 16 Sherman Street in San Francisco. Caplan has curated a program that elegantly weaves films from Canyon’s deep catalog along with her poignant and visually rich work.

“Chosen from subconscious memories and deep influences, the films in this program relate to the ideas and approaches that I have been wrestling with in my own work: harmony and disharmony with the rhythms and gifts of earth — persuasive and abusive use of media — ritual, ceremony, mysticism — and the fleeting preciousness of it all. ”  – Lana Z Caplan

As always, this event is free and open to the public, with refreshments served beginning at 7:00 and the doors closed for the start of the show at 7:30. An informal conversation with the filmmaker will follow the screening. 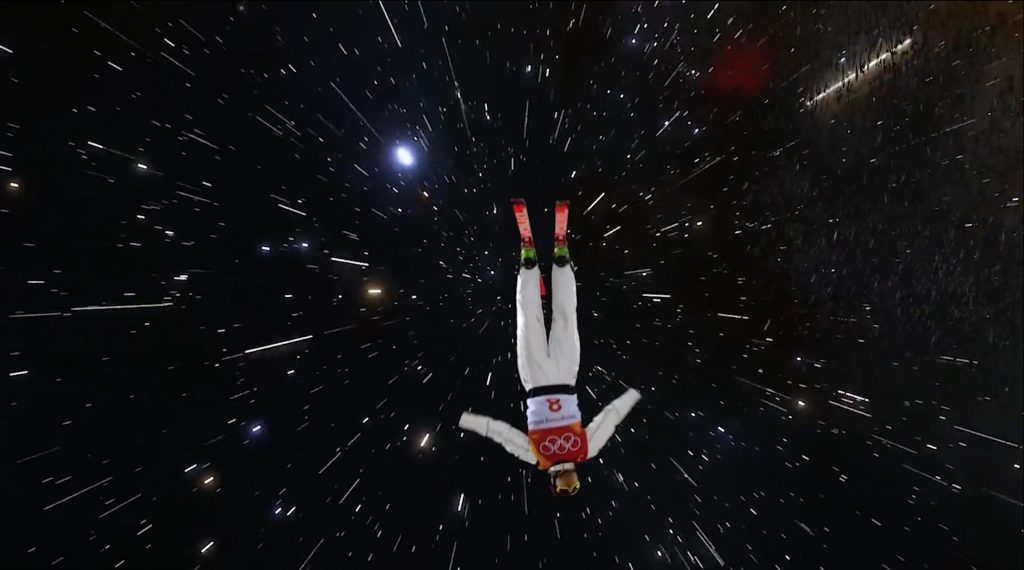