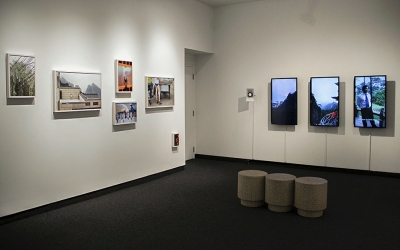 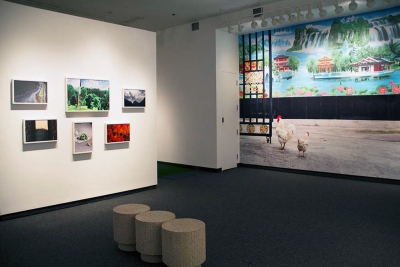 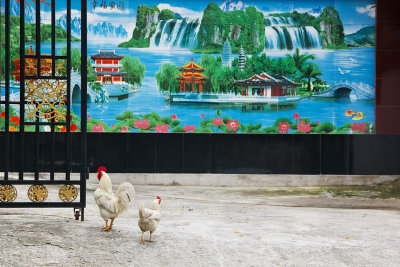 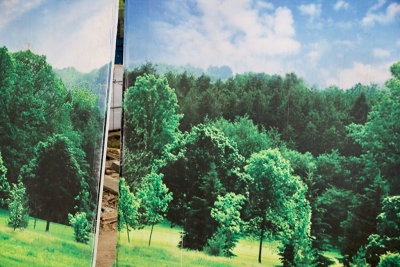 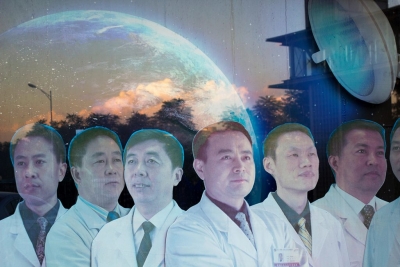 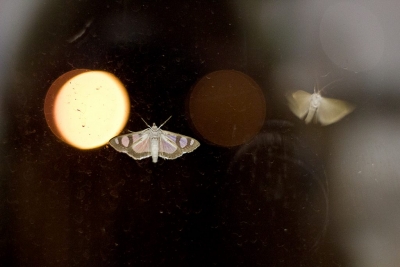 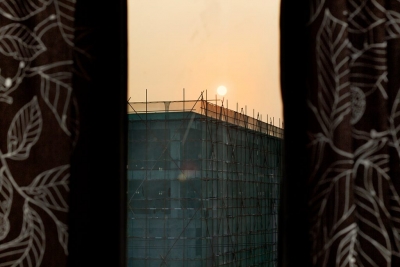 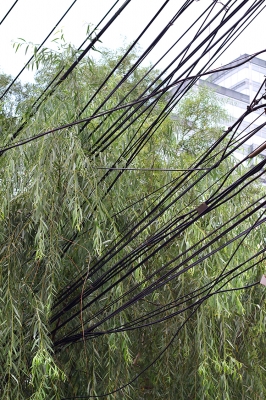 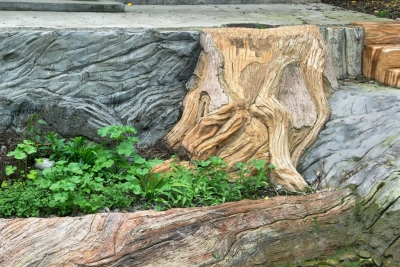 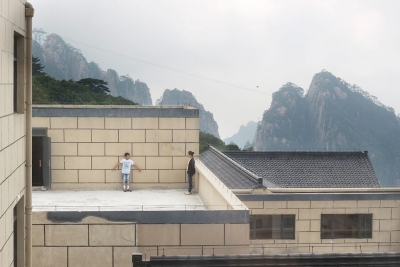 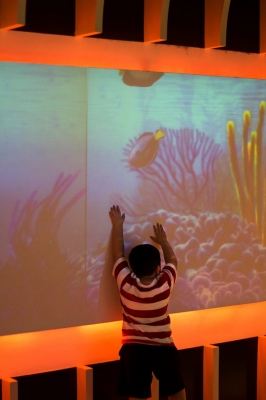 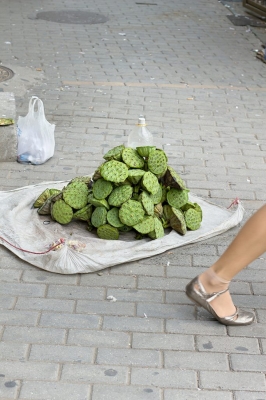 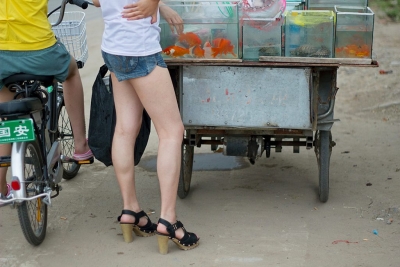 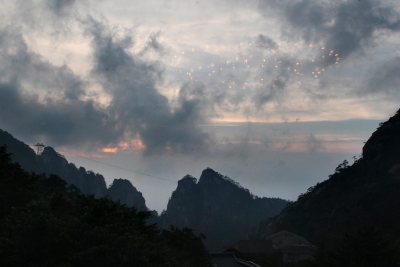 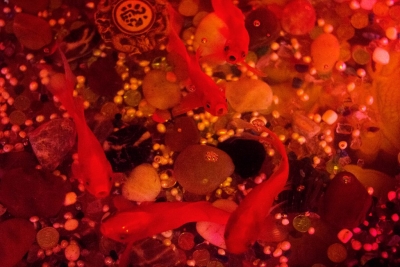 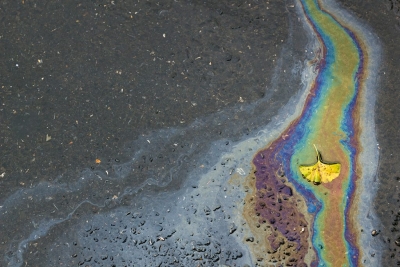 “This is a place which cannot be described completely,” a female hotel worker in the mountains of China’s Huangshan region tells the artist Lana Z Caplan. The observation, included in Caplan’s three channel video installation The Loveliest Mountain of China (2014), captures the challenge the artist faced in creating the images in this show, “Peach Blossom Spring.” Also featuring 12 ink-jet prints and a wall-size photomural, the exhibition conveyed the impossibility of representing a given location with a single objective description.

In the video piece, one monitor shows the Hunagshan mountains from several vantage points during shifting light and weather. The next monitor displays tourists posing for pictures on a scenic overlook, and the third focus on people in the Huangshan tourism business – including porters, hotel employees and a local artist – explaining their impressions of the location where they earn a living. Change is a constant: clouds hide the sun, gusts stir branches and ponytails, cell phones ring. Caplan’s video highlights just how disparate experiences of the same spot can be, juxtaposing the magnificent spectacle of towering peaks with the bustle of tourism and the realties of everyday life.

Even Caplan’s still photographs suggest worlds colliding. In the wall-size photomural Shangri-La (2013), two roosters pause by a gate before a huge, postcard-pretty panorama of waterfalls and pagodas. Spectrum (2013) zeros in on a patch of rainy pavement where a yellow ginkgo leaf has landed on the yellow band of an oil slick’s rainbow. The most confounding picture of all, Tree-Lined (2013), appears to depict a woodsy scene with a gash through it. The forest is a fiction, though – a mere printed image on a pair of curtains – and the geometric shard slicing the pastoral landscape turns out to be a sliver of a construction site. Just beyond the scrim of the curtains, the chaotic scene of buildings being erected jostles against a vision of uncorrupted nature as vivid and insubstantial as a dream”