Compilation from the series:
REFRAIN, excerpts from 3-songs, 8 min, 2010

The performance video series REFRAIN is comprised of music videos in which Caplan lip syncs to cover versions of pop songs of heartbreak. Together the videos form a “break-up album”, moving between sadness, anger, desperation and resign. In each video, Caplan plays with roles and gender stereotypes, allowing a relistening and rereading of familiar narratives. In each, the form of the music video and video itself is part of the commentary. In one video, she performs as though it were a demo reel for an audition. Another was shot with television cameras and mixed analogue colorizers from the 1970’s, the same era as the song. In others, Caplan uses archival footage and green screen and overlays projections of her own super8 footage. All of the videos play with expectations of love and echo the slippage in the lyrics between desire and reality. 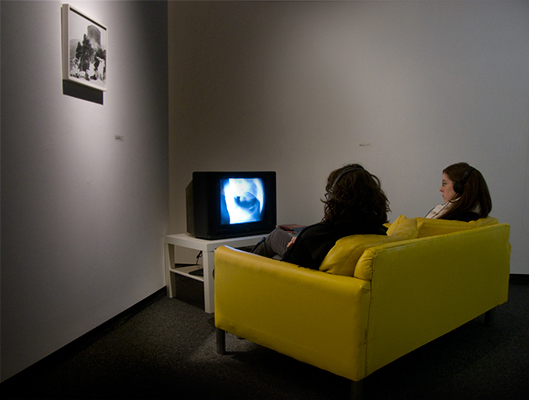